Beautiful inside and out.

Beautiful inside and out. 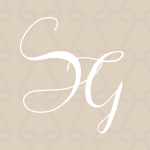 In an insdustry so fixated on outer appearance, it can be easy to fall into the trap of spending more energy into evaluating & “fixing” what’s on the outside rather than what’s going on inside. So. . . let’s talk about something ugly for a moment. This is a topic that has been dogging me for awhile and it is ultra super stanky ugly. . . something more infectious and dibillitating than any disease. Gossip. I, for one, am inviting gossip to never again be a part of my life, and I extend that invitation to you. Let’s not speculate or judge, what a waste of energy . . .let’s talk about IDEAS instead.  We all see the world with different eyes and have no idea what the person we’re gossiping about has gone through in his or her life, so let’s clean up our act and start believing the best about people, not the worst.

To help drive the point home:

“Gossip and slander are not victimless crimes. Words do not just dissipate into midair. . . . Words can injure and damage, maim and destroy – forcefully, painfully, lastingly. . . . Plans have been disrupted, deals have been lost, companies have fallen, because of idle gossip or malicious slander.  Reputations have been sullied, careers have been ruined, lives have been devastated, because of cruel lies or vicious rumors. . . . Your words have such power to do good or evil that they must be chosen carefully, wisely, and well.”  – Wayne Dosick

There is a 19th century folktale about a young fellow who went about town slandering the town’s wise man. One day, he went to the wise man’s home and asked for forgiveness. The wise man, realizing that this man had not internalized the gravity of his transgressions, told him that he would forgive him on one condition: that he go home, take a feather pillow from his house, cut it up, and scatter the feathers to the wind. After he had done so, he should then return to the wise man’s house.
Though puzzled by this strange request, the young man was happy to be let off with so easy a penance. He quickly cut up the pillow, scattered the feathers, and returned to the house.

“Am I now forgiven?” he asked.
“Just one more thing,” the wise man said. “Go now and gather up all the feathers.”
“But that’s impossible. The wind has already scattered them.”
“Precisely,” he answered. “And though you may truly wish to correct the evil you have done, it is as impossible to repair the damage done by your words as it is to recover the feathers. Your words are out there in the marketplace, spreading hate, even as we speak.” – Unknown

Have a Beautiful Day, INSIDE & OUT!